Adopt a Gluten-free Blogger–Shirley of GFE 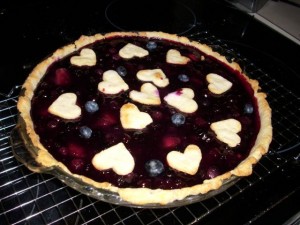 I can’t believe that October snuck up on me, and so did the Adopt a Gluten-free blogger deadline over at Book of Yum.  Now, I’m at a mind-body conference all this week, learning fantastic things with absolutely amazing people and it’s simply incredible.  And I promised myself that I wouldn’t use the computer.  Yet here I am, largely because I wanted to participate, and because Shirley’s just that cool.

I became acquainted with Shirley by chance, and was delighted to find someone who shared my philosophy of REAL food.  Simple food.  Easy.  Yummy.  Because (IMHO) there’s no way to be truly healthy without eating good, real foods, and I posted on GFE a few months ago on the topic of healthy, real, gluten-free foods..  And of course, most of these “real foods” are naturally gluten-free.  So yay for Shirley for being such a voice of reason and motivator.  And double yay so for Shirley hosting a support group in Fredrickburg, where she inspires many in person as well as online.

As with my tradition in adopting bloggers, I’ve always done an adoption and an adaptation, because I often need to modify recipes to make them Cheryl safe.  So the adoption was her Blueberry Honey pie.  Since I needed to bring it to work, I opted for little pie crust hearts on top rather than the whipped cream, since I wasn’t sure how stable the whipped cream would be at room temp.  I made it for a co-workers’ birthday, and he loved it, as did everyone else.  I also made a mini pie for my honey, who is a blueberry-avore.  He adored it, too. The honey added a delightful dimension of brightness ( I can’t think of a better term)

The adaptation was a wee bit more subtle.  The Apple Quinoa Breakfast cake I posted last week was

actually based on the healthy version of her Oatmeal Marble Squares.  Sure, it’s quinoa rather than oatmeal, apples rather that chocolate (horrors!), chia rather than an egg, some additional spices…and yet I used approximate proportions, because the base of the recipe is so similar.  My DH makes fun of me for that, I have a tendency to see recipes, change many elements and put a totally different spin on them…and yet without that initial inspiration, I wouldn’t have made them.

So please do stop by Shirley’s site for a huge array of delectable treats from the sweet to the savory to home cooking.  I mean, she’s even got Tomato Rosemary Mint Ice Cream.  If that doesn’t say adventure, I don’t know what does!

5 Responses to Adopt a Gluten-free Blogger–Shirley of GFE