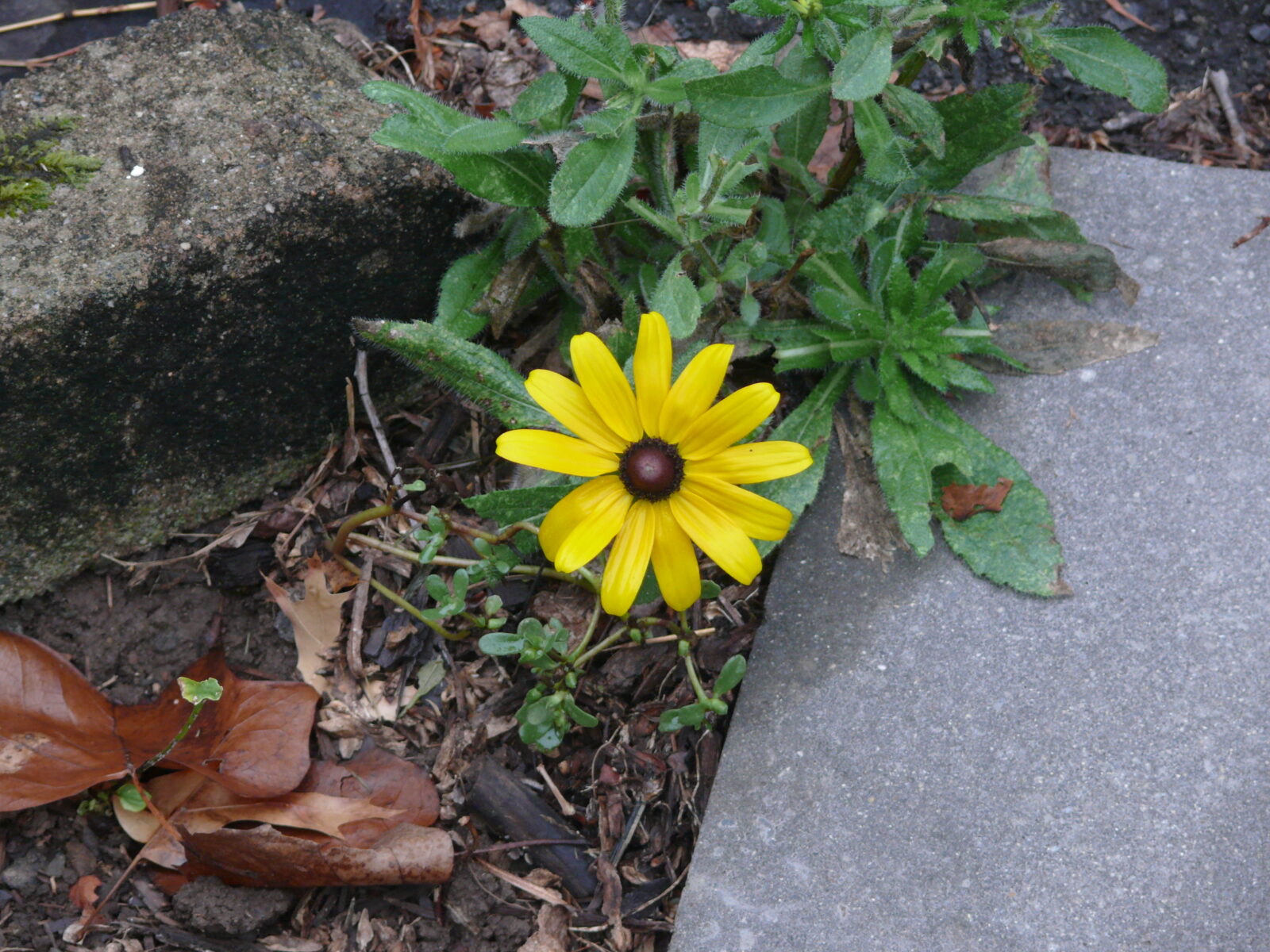 So…I just did a thing! I had my very first journal article published on nutrition for POTS, and long COVID It’s only the pre-print version that’s up now, but the images are at the end.

POTS? Wait, what? Don’t I always write about gluten-free and digestion? Well, 90% of people with POTS have digestive issues, and 4% have Celiac. An additional 6% are gluten sensitive.

POTS, or Postural Orthostatic Tachycardia Syndrome is a type of dysfunction of the autonomic nervous system (think fight/flight) where your heart rate goes up  more than expected with a shift to standing.

I developed POTS in grad school. And most likely had it as a teen. I was the kid who always drank pickle juice…and fainted whenever it was hot. At track meets, school plays. Blacked out a few times. You know, the “normal stuff”, right?🙄 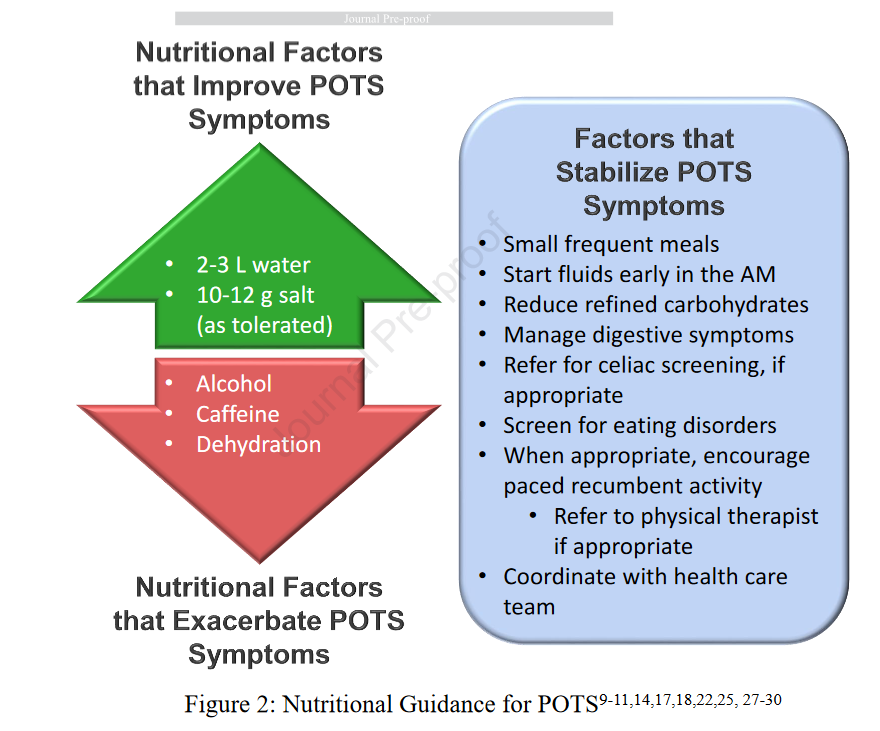 But it got bad in grad school, where my resting heart rate shot way up, and of course, the doctors told me it was just anxiety. Srsly? My heart rate was always over 120 just walking around. And still I was dismissed, and I didn’t get return calls. I got to a point where I went to my doctor’s office and let the receptionist know I wasn’t leaving until he listened to me. Not my finest moment, but I was about 3000 miles away from family, had no car and was on student health insurance. After months, a wonderful NP took the time to listen, and realized some of the worst symptoms were linked to a medication. 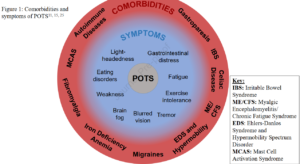 That has forever informed how I work with clients, and in retrospect, I’m incredibly grateful.

I still had symptoms, but functioned for a few years, until I got really sick in 2003 with CFS/ME, FM, hEDS, Celiac and goodness knows what else. And I learned then the only way I could function was to lie down. E called it C-pose. I’d get in the house, get to the 1st carpeted area and collapse. Usually I couldn’t make it to the couch or bed. I’d do calls on the floor at work. I just needed to be horizontal. And I learned I had to salt EVERYTHING. But none of the doctors asked or noticed, and I didn’t understand this was a thing.

In 2009, a cardiologist clearly understood what was going on, but still missed the mark. I went after a few bouts of fainting. He told me to eat a bag of potato chips every day. I, of course, asked how many grams of sodium. He said, a big bag. And a big cup of soda.

My husband said it was worth taking a day off work to see my face.

Now, I like chips. But eat a bag of chips is not a diagnosis, nor is it a treatment plan. 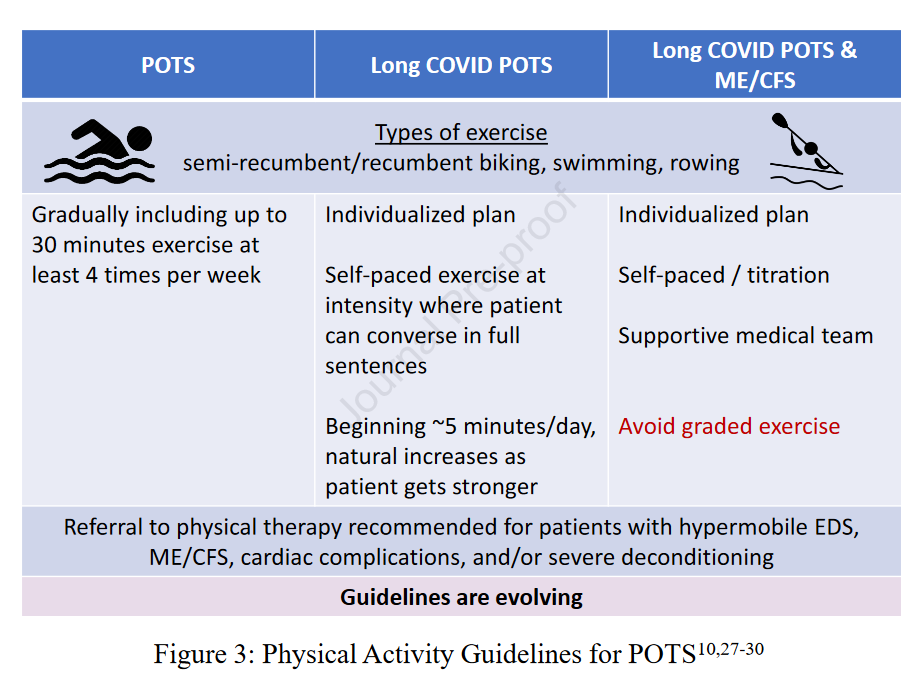 So fast forward. I have, for many years, flagged clients with POTS and helped them get to good practitioners, more fluids, salt, etc. But it’s mainly been since the pandemic I’ve gotten concerned. It’s been clear that many of my colleagues aren’t familiar with POTS, most resources are behind a paywall, and the # of people with POTS is growing rapidly…and it breaks my heart to think of more people going to HCPs and told it’s in their head, or getting the wrong treatment.

So, although I’ve never written a journal article, despite my raging migraines and vision impairments, it felt important. I submitted in January, and it wasn’t accepted until June, but I’m delighted it’s done.