Thankful for a Wake up Call

Today’s “Thankful Thursday” theme is pretty easy. 5 years ago today, I was in an oncology unit at Virginia Hospital Center. I’d been sick, 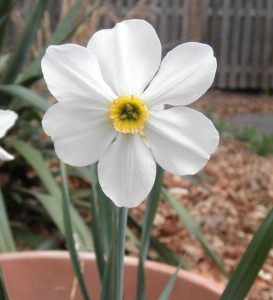 really sick for a few months, and tests seemed to show that I had leukemia. The good news was that I didn’t—I did have neutropenia, which feels supremely and epic-ly bad and can still kill you, but no cancer. Whew.

But it was an experience I’ll remember forever, mainly in a good way.

Life was a Mad libs.

I need to do ____because I’m (afraid of/intimidated by/can’t say no to/flattered by/insecure that I’ll never get the opportunity again) ____and sooner or later I’ll learn to (love myself/say no/make better choices/get my head out of my tush) and then life will be good. Once I get____ done, I’ll (take time off/take better care of myself/pay more attention to those I love).

I’d start living once I figured it all out, but until then it was just a dress rehearsal.

Except I finally realized that I couldn’t count on figuring out how to do the whole “real life thing” sometime down the road. The shock of realizing I might only have a few weeks was enough to shake me awake. Or at least, more awake.

When I realized that I didn’t know how long I had, life came into sharp focus. All I wanted was to learn how to accept myself fully, and love myself completely. I cared about relationships with the people and fur-balls I love. Everything else fell off my radar.

Initially, I called Mr. Dude. As soon as he answered the phone, he started ranting–apparently, I was so nervous that morning that I left the door ajar, and it blew open. Of course, it was a freezing day, and I was getting an earful on heating bills.

And I told him that I just had a bone marrow biopsy.

*Poof*! Just like that, the heating bill fell into the “your argument is invalid” category.

Having that intense fear shaped my decisions about work and about life. What to include, and what wasn’t worth the effort. I made choices more un-apologetically, and chose to end certain relationships that aren’t healthy. I chose to add in more days off on my calendar. The fear of dying gave me the permission to be more conscious about how I was living.

I don’t mean to give the impression that I left the hospital and began life as an enlightened being and floated away on a cloud of peace and goodness. In fact, I made some colossally bad choices.  Yes, I still get bent out of shape over small and trivial things, but I’m definitely different as a result of it, even 5 years later. In my experience, there’s so 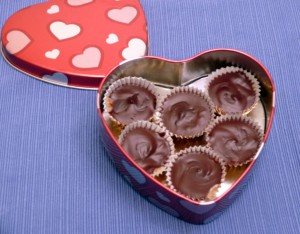 me kernel of good that can come out of even the most challenging experience, and I’m tremendously thankful that it did help open my eyes to what matters in this life.

It reminds me of this awesome video that inspires the heck out of me.

Oh, and speaking of the things in life that really matter…chocolate post up yesterday!

Life played a funny trick on me. I've studied nutrition for years, and much to my surprise, found out that I could manage many of my health issues via diet. I've been GF for years, and I've got a bunch of allergies and sensitivities. But it definitely doesn't keep me from cooking, baking and enjoying my food. Thanks for stopping by.
View all posts by Cheryl Harris →
This entry was posted in cheryl's musings, thankful thursday. Bookmark the permalink.

4 Responses to Thankful for a Wake up Call