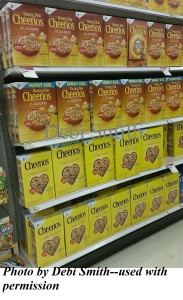 So…it’s become clear the Cheerios thing isn’t going away on its own, so I finally decided to share my 2 cents.

General Mill’s Cheerios announced they were using regular oats, which studies have found always have some gluten-contamination. Rather than following the “purity protocol” for a dedicated fields and processing, they’ve got their own, special method of sorting the oats to ensure that they are gluten-free. (Okay….right? Don’t we have laws now?)

Cheerios said they were testing for gluten contamination randomly by testing “lots” versus individual boxes, which makes it easier to miss patches of contamination. (Hmmm….starting not to like this too much)

Early tests from Gluten-free Watchdog had some boxes come up above 20ppm, though most are below 20ppm.

Cheerios has declined to publicly or transparently post the testing for each box or lot. G-free advocates have visited and expressed some concerns, and not gotten clear or adequate responses.

A whole mess of reports have come in of people getting sick, and GM has done nothing but keep promoting their “gluten-free” Cheerios and talk about how happy people are with the Cheerios line. “…and the company’s cereal business unit is working on an aggressive marketing campaign to get the word out.” (Okay, now I’m officially nauseous.)

And the Celiac community has been largely quiet, despite a petition up online. Most of what I’ve seen has been along the lines of “Me/Pooky ate the Cheerios and felt fine, so clearly they’re safe.”

So…let’s be clear. Most of the boxes are Cheerios are below 20ppm. Maybe even the overwhelming majority. And it’s still totally inappropriate to put even the smallest segment of people at risk because GM doesn’t want to take the resources to verify that gluten-free means gluten-free, every single time.

Second, I’m completely shocked and appalled that a large corporation can just create their own shiny new protocol that’s not independently verified and everyone’s just cool with that. That’s a dangerous precedent, IMHO.

Gluten-Free Living just shared an article that said that the FDA is investigating the g-free claims, which is wonderful news.

IF YOU GET SICK FROM CHEERIOS:

Don’t just decide Cheerios aren’t right for you. Look out for the rest of the g-free community.

So, what to eat instead? Some ideas here for pretty much any variant of a GF diet.

Highest in fiber and protein:

Especially when it gets a little cooler, hot cereals can be a wonderful breakfast. You can cook up a big pot and have it all week, and they freeze well, too. 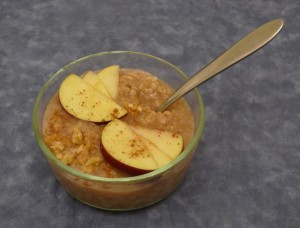 More and more, there are a wider range of cereal options. These are g-free, but they’re lower in protein and fiber than the ones above, so they won’t keep you as full:

Did I miss any of your favorites?

And many thanks to Tricia Thomspon, Debi Smith, Erin Smith, Johnna, Shirley Braden and others who have taken this project on.