I was looking back at old drafts of posts that I’ve written over the years but never published, and I found this rant on the 1200 calorie weight loss myth. Since it’s the last day of National Eating Disorders Awareness Week  and the first day of National Nutrition Month, I figured it would be a good time to share it.

Not a week goes by that I don’t see a client who truly believes she/he needs to be following a 1200 calories diet to lose weight or be healthy. It seems to be the #1 nutrition myth. 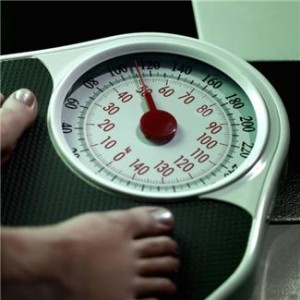 Despite what the intertubes may say, a 1200 cal diet is not considered standard professional weight loss advice. Honest. There is, of course, plenty of bad advice and/or controversy out there, because that sells. There’s also a whole lot of standard nutrition advice that I heartily disagree with, but that’s another post. Take a  look at the recommendations designed for the average person, like MyPlate/USDA calorie levels. Those are actually in the ballpark of pretty reasonable. Take a look at AND (aka Academy of Nutrition and Dietetics) who quite reasonably drills that people should not eat under 1200 without doctor’s supervision and advocates levels based on BMR aka your metabolism.  ACSM aka American College of Sports Medicine recommendations are clear that 1200 is the absolute lowest that someone should eat, and that’s instead been twisted into a max or ideal in a perverse fashion. “Don’t eat less than 1200 cal” does NOT mean a 1200 cal diet is the standard or ideal. Just because some petite, sedentary little old lady might be just ducky with that calorie level doesn’t mean that’s standard advice for the masses.

Any nutrition or professional who perpetuates the idea of 800 or 1200 as the standard is poorly informed and irresponsible. Period. No excuses. That goes for the NHLBI site that mentions 1000-1200 calories and cites a report from 1998, too–that was actually the only supposedly reputable site I could find that recommends under 1200 calories. Yes, they should know better. And yes, advisory committees at weight loss companies that perpetuate this idea should know better. That is their job, and many people are brainwashed into going along.

1200 cal=universal weight loss standard advice = complete BS. It’s simply not what science-based recommendations say. We need to be clear about that. It’s like ignoring the cat that pees on your shoe. Don’t pretend it’s normal, it just encourages him to do it again. Trust me on that. I do understand that’s a common misconception, and what the media and many weight loss companies promote, but no, that’s not research consensus, nor is it responsible info. We do a disservice by continuing to perpetuate that 1200 cal for weight loss as the government or research norm. The more we say it, the more it gets established as true. If you see a professional giving such misguided advice, please, enlighten them. Ask those “experts” why they’re not following the mainstream professional guidance out there against low calorie diets.

And most importantly, I think that the whole calorie discussion misses the

mark. Completely. Because not only does it miss that we have different metabolisms, it doesn’t even consider quality of food. There are people who do thrive on 1200-ish cal and would find 2500 oppressive, and vice versa. I can say honestly my metabolism is just be slower than average. When I was in undergrad, I worried that there was something wrong with me. My solution at the time? To eat more chocolate and make up the calorie difference. 😉 But that’s another story… If I forced myself to eat the # of calories the tables recommend, I would feel really ill. It’s simply too much FOR ME and that is as goofy as eating too little. I’ve seen other  people who are comfortable, happy and healthy and happen to eat somewhere in the ballpark of 1200 cal…or 1800…or 2200…or 2800…or even 3200, or whatever. The problem lies in suggesting XX # of calories universally, because not only doesn’t it exist, but it also completely ignores dietary quality and the many functions that food has in our lives.

Hopefully we can agree–we all have different needs, and a magic number doesn’t exist, and chasing a number is harmful. When we’re still trying to find the right-sized calorie box for people, we’ve missed the human being and their individual needs. It would be truly marvelous to simply drop calories from the discussion and focus on real food, self-care and movement.

Okay…stepping off my soapbox now.